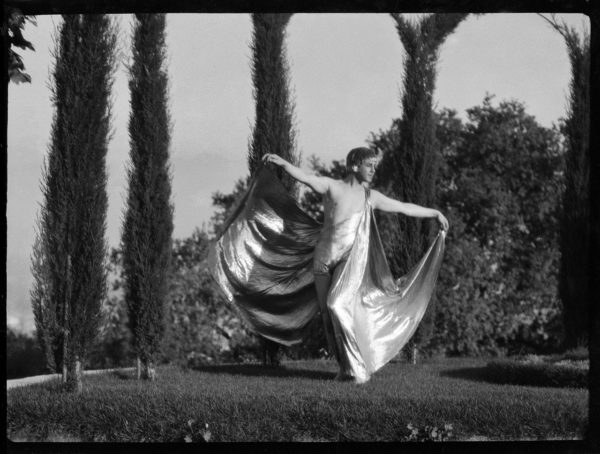 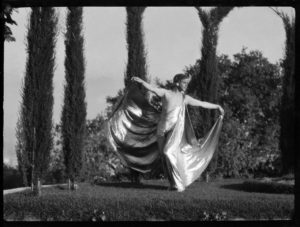 Arnold Genthe ( 1869 –1942) was a German-born American photographer.
In 1911 he moved to New York City, where he remained until his death of a heart attack in 1942. He worked primarily in portraiture, and Theodore Roosevelt, Woodrow Wilson, and John D. Rockefeller all sat for him. His photos of Greta Garbo were credited with boosting her career. He also photographed dancers, including Anna Pavlova, Isadora Duncan, Audrey Munson and Ruth St. Denis.

Ted Shawn (1891 – 1972) was one of the first notable male pioneers of American modern dance.With his innovative ideas of masculine movement, he was one of the most influential choreographers and dancers of his day. He was also the founder and creator of Jacob’s Pillow Dance Festival in Massachusetts, and “was knighted by the King of Denmark for his efforts on behalf of the Royal Danish Ballet,