The new artworks are:

We’re back with the first newsletter in quite a while. It’s been a turbulent time, in which COVID-19 has disrupted the daily lives for all of us across the globe. We hope you made it safe and sound this far, and we keep our fingers crossed that the challenges ahead will be within reason. All the best from all of us.

We have spent quarantine immersed in the many thousands of original negatives that make up our archives. And now, ladies and gentlemen, we bring you…

New additions to the Bunny Yeager collection. Unique photos shot in the mid-1950s by Caroly Lee and Betty Smith Wise.

Also, we have had the incredibly good fortune to get our hands on a negative by the amazing Arnold Genthe. The photo negativ is from the early 1920s, which makes the it just about 100 years old. In itself a rarity. Arnold Genthe titled his photo “Art Figure Study Abstract Torso”. We have chosen to print the negative in its entirety, without any cropping, giving you the full flavor of Genthe’s work. In our opinion, the fingers of the photographer or an assistant add a touch of reality that can contrast wonderfully with an otherwise highly staged image.

German-American Arnold Genthe (1869-1942) had his studio in San Francisco when, in 1906, the city was ravaged by a major earthquake. Despite the earthquake and the fire that destroyed his studio, Genthe rebuilt and continued his work with great passion, masterful craftsmanship, and never-ending curiosity.

Many of Genthe’s photos of Chinatown survived the earthquake and, today, are some of the last remaining accounts of what life was like both in Chinatown and in San Francisco before the quake of 1906. In 1911, Genthe moved to New York, where he lived until his death, in 1942.

Arnold Genthe worked mainly with portraits, and Presidents Theodore Roosevelt and Woodrow Wilson sat for him, as did John D. Rockefeller and Greta Garbo. He also liked to photograph dancers, among them Anna Pavlova, Isadora Duncan, Audrey Munson and Ruth St. Denis. Our collection Roaring Twenties includes a photo of Ted Shawn, taken by Genthe in 1923.

Finally, we have added two more photos to the collection Squares. An amazing shot of Marlene Dietrich, photographed by Milton H. Greene in 1953 for a feature in Vogue magazine. As well as a wonderfully weird portrait of Salvador Dalí, with a Dalinian rock upon his head, shot by Raymond Fabre in 1955, in Dalí’s home in Port Lligat.

We’re now working on curating a series by French photographer Honoré Henri Cavaroc (1846-1930). A while ago, we acquired a collection of app. 400 glass negatives sized 18×24 cm and 13×18  cm. The French photographer and painter portrayed his beloved Lyon and its surroundings in the 1890s. In his paintings, he used photography a preliminary study for his landscape paintings. Throughout is productive career, Cavaroc was a highly respected portrait photographer, and what paid his bills were his photographs of the clergy in Lyon.

That’s it for now! Until next time… stay safe.

After a lot of time fine-tuning the details and going over the grand scheme of things, we can open... read more 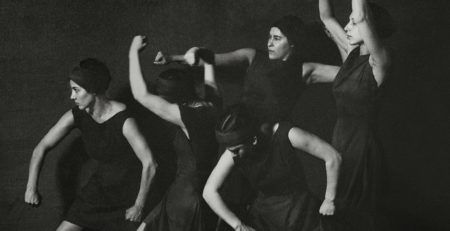 H.R.Cremer Dear All, This is our third newsletter since the launch of eyeeye in mid November 2019. It is with great pleasure... read more 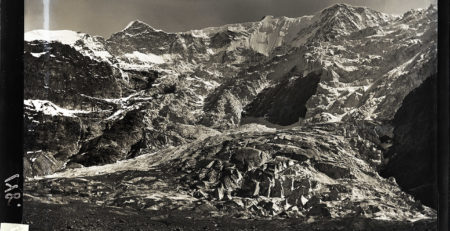 The Young Ones The story of these young men’s journey from Scandinavia to The Holy Land is, in many ways,... read more